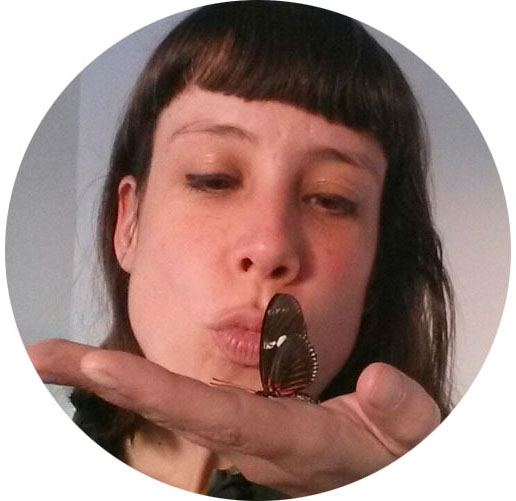 Melissa Halley (1976) graduated in 1999 at the Amsterdam School of Arts, Academy of Fine Arts in Education, now called Breitner Academy.
In 2001 she joined graphical studio Grafisch Collectief Thoets, which exists of 6 artists who share a large studio. This studio is specialized in techniques like etching, lithography and silkscreen. Grafisch Collectief Thoets was founded in 1980.

Melissa mostly gets inspired by nature, not only by its beauty but also by its fragility and the finality of it. Her art is realistic in appearance but has a deviant touch or even fairytale-like atmosphere.
As a little girl Melissa adored her childhood picture books and decided at a young age she wanted to pass on the joy she experienced through these books to other people through her own art.
To find inspiration Melissa loves to stroll around in nature and take pictures of all the treasures she can find. She never leaves the house without her sketchbook. Melissa Halley lives and works in Amsterdam, the Netherlands.